As part of our 50th anniversary, Foundation is celebrating our fund donors, and sharing their philanthropic motivation. In this feature, Rabbi Steven Garten shares his passion for adult Jewish education.

Rabbi Steven Garten has worked for the preservation of the Jewish people for most of his life as a teacher and as spiritual leader of Temple Israel of Ottawa – where he now holds the title of rabbi emeritus.

“I thought the survival of the Jewish people was important,” he said when asked why he wanted to become a rabbi, “and that the rabbinate was a way to preserve the Jewish people both in traditional and nontraditional ways, not necessarily religiously, but in a social justice tikkun olam kind of way.”

Rabbi Garten spent the early part of his career – before becoming a rabbi – teaching at Jewish day schools that were very different from where he went to school. The son a socialist mother and an Orthodox father, his education, like so many other things, was one of compromise.

“There was an agreement that I would go to cheder until my bar mitzvah, then I would switch to lessons at the Reform synagogue,” Rabbi Garten said.

Growing up mostly in a small town in New Jersey with a large Jewish community, Rabbi Garten received a type of old-world education that is now all but extinct. While not Orthodox in practice, he studied under the tutelage of a classical Russian melamed who taught the same way that he taught in Russia in the 1930s and 1940s.

“About 20 kids would show up four days a week from all over our town, from different elementary schools, to study with this guy and we would have to go to Saturday morning prayers at his Orthodox synagogue,” he said. “That kind of intensity of experience doesn’t really exist anymore.”

While most people in Ottawa know him as a congregational rabbi, just as much of his career was at Jewish days schools. In his semi-retirement, he has embraced his passion getting more people involved with Jewish adult education.

His commitment to education inspired him to launch the Rabbi Garten Educational Endowment Fund three years ago through the Ottawa Jewish Community Foundation.

He loves that his fund makes a meaningful contribution to adult education programs here in Ottawa and that even after he is gone, his children can continue to add to it and have it support programs that he would like.

“The more programs you can offer to adults for them to see the importance of Jewish continuity, the greater the chance of them passing it on to future generations,” he said.
Rabbi Garten acknowledges it is complicated to reach out to everyone, not just those in their 20s and 30s.

“All those people whose kids are getting married, or whose grandchildren are being born, need as much attention and care for what it means to be Jewish as their children and grandchildren,” he said. “We have far too many Jewishly-nonliterate adults. That is something that needs to be looked at and that is a big reason why I opened the fund.”

“I really am blessed that both of my children have chosen careers that reflect their upbringing as Jews. I think it’s an important legacy that they feel the values their mother and I instilled in them were important, but I also know that the reinforcement of those values through learnings provided to them as adults are ensuring that my grandchildren will have those same shared values.”

“I certainly hope that my actions and teachings will have a lasting impact on our community and I am grateful to know that the Rabbi Garten Adult Education Fund will ensure those opportunities exist in perpetuity.” 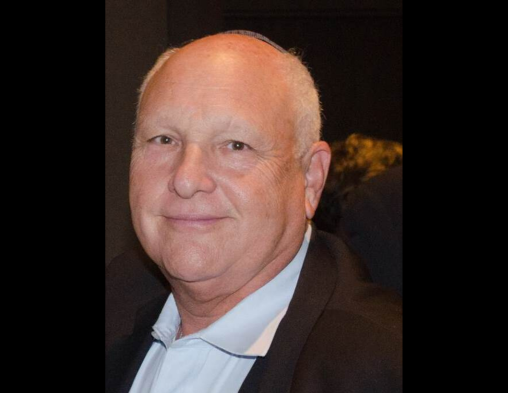