As part of our 50th anniversary, Foundation is celebrating our fund donors, and sharing their philanthropic motivation. In this feature, Nikki Shapiro shares her history and why she and her family, husband Michael, and children Ben and Neilah, are dedicated to supporting Jewish Ottawa now and for future generations.

As a member of the Board of Directors and an avid volunteer for the Jewish Federation of Ottawa, Momentum (formerly the Jewish Women’s Renaissance Project), and other organizations, Nikki Shapiro believes in leading by example in terms of contributing to Jewish life in Ottawa.
Growing up in Smith Falls as a member of the only Jewish family in town, Nikki didn’t always feel connected to Judaism.

“I just wanted to blend in and be like everybody else,” she recalled.
“It got to a point where people would introduce me, ‘Hey, this is Nikki, my Jewish friend,’ and it took on a negative connotation for me.”

Her parents made a strong effort to establish Jewish connections. The family would come into Ottawa to attend High Holiday services at what was then Agudath Israel, now Kehillat Beth Israel (KBI), and she attended Camp B’nai Brith of Ottawa from juniors all the way through to councilor-in-training. At CBB, she made many of the friends she’s in touch with to this day. But it was during university where Nikki really got involved in the Jewish community.

“When I went to university, I figured there had to be more to this Jewish thing, and explored it through Hillel. I had never really dated anyone Jewish, but when I started thinking of settling down, I decided I should try and find someone Jewish. The next person I dated became my husband,” she said.

Meeting Michael Shapiro helped her already burgeoning involvement in Jewish Ottawa. As it turned out, his grandfather, Casey Swedlove, along with Gilbert Greenberg and others, founded the Ottawa Jewish Community Foundation. Nikki later became executive director of Congregation Beth Shalom, (which amalgamated with Agudath Israel to become KBI) and Judaism became her lifestyle.

Her family has been involved with Foundation since the early 1990s. A fund was opened after her grandmother passed away in 1991. Then, when her grandfather passed away in 1994, a fund was started in memory of her grandparents, the Ben and Shirley Smolkin Memorial Fund. Since she was used to having a family fund to utilize, it was only natural they would start one when her son, Ben, became a bar mitzvah three years ago.

“We approached him and asked, ‘Do you want to give some of your bar mitzvah money to this?’ We told him he could designate where the money would go. Now Ben is actively involved in managing the fund. He gets the distribution letter and loves looking at it and the report. When we’re sending a card, he prefers us to use his fund. He is very sweet and very proud. He has the certificate on the wall in his room. It is meaningful and special to him. He chose to give his money to the Ottawa Kosher Food Bank, which is important to him.”

The Shapiros add to their fund for all kinds of occasions throughout the year: births and deaths, anniversaries and birthdays, engagements, or in gratitude for someone having hosted them for Rosh Hashanah or Shabbat. They say it’s an easy way to send out something small without it being just an empty hallmark card.

As much as the everyday involvement in the community is rewarding, Shapiro said her trip to Tanzania two years ago with Kehillat Beth Israel (KBI) as among her most impactful Jewish experiences.

“I knew it was going to be special. Michael and I had just celebrated our 20th anniversary and wanted to take a special and unique trip, but also do something meaningful. This trip checked all the boxes – it’s unique, it gives back and it’s Jewish. I don’t think I was quite prepared for how impactful it was going to be.”

On the trip, KBI members brought a Torah scroll and various assorted Judaica items to the Jewish community in Arusha, Tanzania. Nikki says they are very traditional but can’t really read Hebrew and most had not even seen a Torah in person before.

“When Rabbi Eytan Kenter lifted the Torah ... I literally thought they were going to pass out.”

Meeting the Tanzanian Jews, helped Nikki realize what a privilege it is for us to have all the Jewish resources we have and how important it is to invest in them and preserve them for future generations.

“There was a very sincere pride and joy of [the Tanzanian Jews] being able to see and touch the Torah. We had a lot of time to talk to them about their strengths and weaknesses and what do they want to do as a community and how will they grow. They’re no different from us. They’re worried about their children, and educating them, and the sustainability of it. Jews are Jews around the world.”

Asked which Jewish institutions she wants to ensure exist for future generations, Nikki said there isn’t necessarily a simple answer.

“All of them need to exist in order to ensure a vibrant community. I think when you look at our community, there’s a place for everyone,” she said, specifically mentioning Tamir, the Ottawa Kosher Food Bank, the Ottawa Jewish Community School, synagogues, Federation and the Centre for Israel and Jewish Affairs (CIJA).

The Shapiros hope to encourage a next generation which is gracious and kind and which understands that giving is part of the path toward a meaningful life. That’s why they support the Ottawa Jewish Community Foundation in all ways they can. 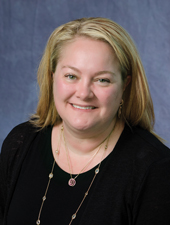