May Review - a year-long celebration!

The joys and importance of Jewish education

As part of our 50th anniversary, Foundation is celebrating our fund donors, and sharing their philanthropic motivation. In this feature, Mitchell Leitman shares how for his family imparting a Jewish education. He wants his involvement with the Foundation to concentrate on the challenges of engaging young people – to help keep those past b’nai mitzvah-age actively involved.
According to the Rambam, one of the highest levels of charity is “to give to the poor without knowing to whom one gives, and without the recipient knowing from who he received. For this is performing a mitzvah solely for the sake of Heaven.”
That idea resonates with Mitchell Leitman.
“It’s what I do that matters, rather than that I did it,” he said when asked about what he hopes his legacy with the Ottawa Jewish Community Foundation will be.
Leitman, who has been involved with the Foundation even before being a fundholder, was drawn to it because of the idea of providing for the future, particularly in this community, after having moved here as an adult.
Born in Montreal, Mitchell moved to Toronto with his family when he was 10 (he returned to Montreal for four years to attend McGill University). Growing up, his family was traditional, but not observant. He went to a nominally Jewish summer camp and attended services at the synagogue where his uncle was the president.
After the move to Toronto, however, the family became more involved with the Reform community. After his bar mitzvah, Mitchell completed all the post-bar mitzvah educational opportunities that were available, including Jewish overnight camp. This carried through during his time at McGill, where he joined Alpha Epsilon Pi, a Jewish fraternity.
“Now we’re imparting [a traditional Jewish lifestyle] to our girls,” he said. “My daughter goes to Hebrew school. She’s post-bat mitzvah but she still goes to Hebrew school. They go to Jewish overnight camp. We’re traditional-plus, not traditional in terms of observance, but traditional in terms of involvement. Maybe a bit above average in that regard, like Yogi Bear!”
Mitchell feels the effort of pursuing a Jewish education is paying off. Last year on Yom Kippur, his daughter was honoured with an aliyah to read from the Torah.
“Seeing her up on the bimah… it was great to see her going beyond what she was required to do. I like to think I had a part to play in her willingness to do that. She felt a sense of duty,” he said.
Along with Jewish summer camps, Mitchell sees Jewish education and advocacy to be of paramount importance.
“For most kids, their Jewish learning stops at 13 and that’s not when you should stop. That’s when you should start learning.”
He wants his involvement with the Foundation to concentrate on the challenges of engaging young people – to help keep those past b’nai mitzvah-age actively involved.
“Those kids who stop going to Hebrew school are potentially lost forever if they aren’t being engaged,” he said. “I see these trends emerging, so I don’t mean to be a pessimist. I guess that’s why I like the idea of supporting camp and school, because as it reaches younger generations – hopefully in ways which are not boring -- but which bring them closer to the religion, so that it’s not just a matter of being culturally Jewish, it’s not just a culture. Being Jewish isn’t about eating gefilte fish one week a year. That shouldn’t be what it means to be Jewish.” 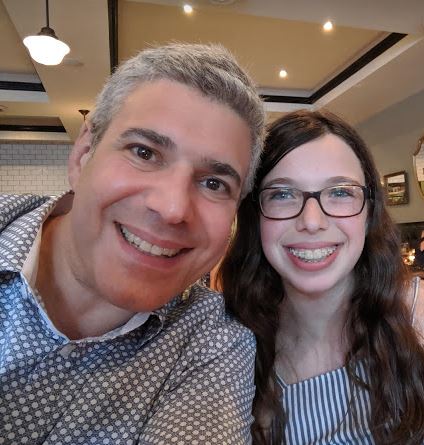